Each performance will begin by my recitation of the scout rule I am representing, followed by an action that exemplifies the essence of the rule. I will use many of the tools I learned in the scouts, from knot tying to morse code to Hungarian runic as elements of the performances. Throughout each rule, these actions will center around a stag horn that will go through a process of transmutation, from an external object to an internal one, mirroring the progression of the Csodaszarvas character in the opposing narrative. 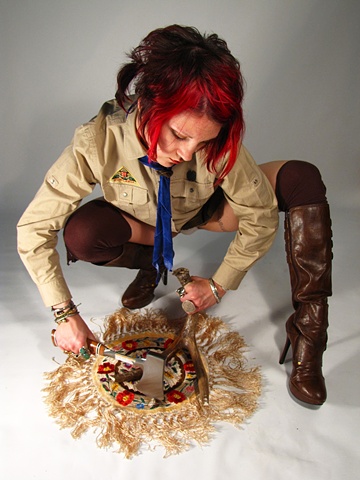