“More than 150 Bird species are known or suspected to have disappeared since 1500, almost entirely because of human activity, and the process continues today: wild populations of at least 17 species were lost in the quarter of the 20th century. There is no road back for the Guam flycatcher (Myiagra freycineti), devoured by alien tree snakes, and no second chance for the Columbian grebe (Podiceps andinus), a victim of wetland loss, pollution, over hunting, and predation by introduced trout. Extinction officially threatens 1.211species – roughly one in eight of all birds. Of these globally threatened birds (GTBs), 179 are critically endangered. They stand at the brink of oblivion because of rapid declines or dismally small populations or ranges. An estimated 77 species are represented by less than 50 individuals, rendering them very vulnerable to environment fluctuations and catastrophes, to demographic vagaries (one year, perhaps, most offspring might be male), and to a variety of social and genetic disruptions. At last count there were 10 pairs of Tahiti monarch (Pomarea nigra) in French Polynesia and 12 wild Bali starlings (Leucopsar rothschildi). Time may have run out on Hawaii’s po’ouli (Melamprosops phaeosoma) when the last individual in captivity died late last year and the two in the wild haven’t been seen for some months. Taking into account this overcrowded emergency ward of ailing species, and given the time lag between habitat loss and extinction, a sizable proportion of the world’s birds may be living on borrowed time. But extinction is only part of the story. Even if extinction is averted, a world full of rare birds, clinging to existence in captive breeding facilities and pockets of protected habitat isolated in an overpopulated, intensively cultivated, industrialized landscape, is hardly cause for celebration. Unfortunately, there are plenty of signs that such a world looms before us. “

The case in a nutshell: In November of 2004 one of the last three known Po’ouli died in captivity of avian malaria. The bird was captured as a last ditch effort to try and breed the birds in captivity. The other two, presumably, but not for sure, male and female have not been seen since. Despite extensive surveys, no one has been able to locate either of these birds. If they are alive, they are tens years old, nearing the end of their life and infertile as of a few years. It doesn’t look good, yet they remain on the “Critically endangered” list until it is proven unquestionably that they are indeed, extinct. Unfortunately, this seems like a case of too little, too late and another species goes by the wayside. The Po’ouli’s serious decline in numbers over the last 20 years is due mainly to habitat loss, mosquito-born diseases, predation by non-native rats, pigs and mongoose as well as a decline in the native tree snails on which they rely for food. One of many solutions we can help with: What can we do? Nothing really for the little Po’ouli, but we can make sure that his tragic story is not repeated. There are many conservation groups out there doing wonderful things. Look into one and see what they are all about. You could also email your congressman and tell him/her to vote for environmental causes. Our government is built “on the people” and they need to know what we think. Complacency is never the answer when so much is at stake and every little effort adds up to make a huge difference. 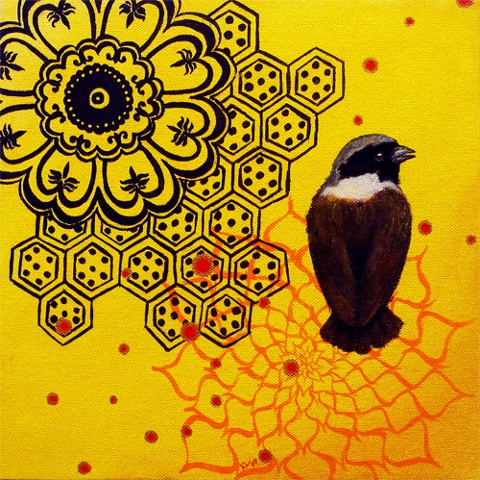