The Csodaszarvas is a spirylic dual narrative with the two story lines mirroring each other more and more as they progress. Like the two arms of a pinwheel, or the two limbs of the Milk Way Galaxy, the narratives will meet in a central point, a black hole, where they metamorphose into a synthesis that is not an end, but just a beginning. One narrative follows the performances of the 10 cserkésztörvények, or scout rules, which are the foundations of the philosophy of the Hungarian scout code of conduct. The second is the pursuit of the Csodaszarvas, the mythical white stag. 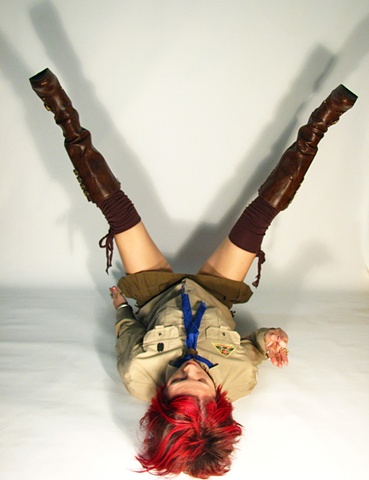